A 'battle royale' with dragons, dinosaurs and magic 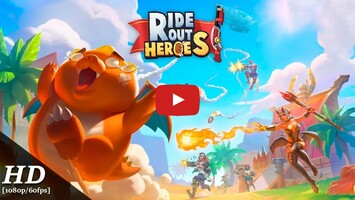 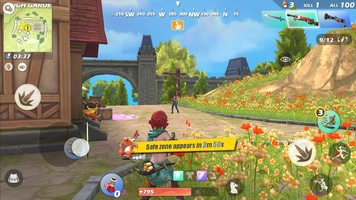 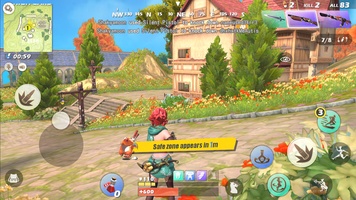 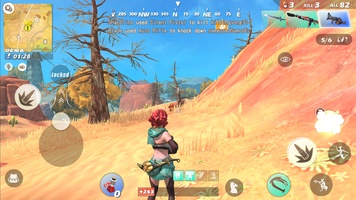 Advertisement
Ride Out Heroes is a 'battle royale' game where up to 100 players hunt each other down in a fantasy world with dozens of weapons, armor, potions and other useful objects. Kill off your adversaries with booby traps, special attack skills and all kinds of tricks.

Control systems in Ride Out Heroes are as standard within this genre. With the stick controller located on the left of your screen you move around, and with the action buttons on the right you can launch attacks. As you build up your skills, you'll unlock new buttons for more advanced attacks that appear on screen.

One of the distinctive elements of Ride Out Heroes that truly sets it apart from the rest is what happens when you lose. Rather than dying, your character turns into a tiny dragon. If you survive for 15 seconds as an inoffensive little baby dragon, your previously deceased character will automatically resurrect, and you're back in the game. Unfortunately, if you're shot down as a tiny dragon – it's game over.

Another main factor in Ride Out Heroes that stands out from standard 'battle royale' games is the unique way it handles vehicles. Instead of finding cars scattered around each level, you'll capture what looks like a dinosaur shell that comes to life as a real dinosaur when you invoke it by pressing a button.

Ride Out Heroes is an excellent 'battle royale' that offers a middle ground between Rules of Survival and Survival Heroes. With its absolutely astounding graphics and high-quality production, it sets the bar high, even for PC and console games. This game is definitely not to be missed.
By Andrés López
The beta of Ride Out Heroes, the spectacular battle royale from NetEase, is open again

(Updated 04/23/2019) NetEase seems bound and determined to cover every possible aspect of the battle royale realm. Rules of Survival was a competitor for PUBG Mobile, Fortcraft did the same to Fortnite (although it never left closed beta) and they intended to give a touch of Asian eccentricity to the genre with Cyber Hunter. Well, now it's come time for some swords and witchcraft in Ride Out Heroes. The game's last open beta took place back in December 2018 and was a total success. Now, a few weeks before the official release, the game is available again with the official confirmation that our progress will not be erased from now on. Plus, they've added Spanish to the existing language options of English, Portuguese, and Mandarin.
See more

There's no doubt that Battle Royale was the most popular genre of 2018, following the record-breaking success of Fortnite and on a slightly smaller scale, its predecessor, PUBG Mobile. Like what usually happens in the Android ecosystem, any formula for success is quickly copied over and over again. This case is no exception, with an enormous selection of similar games that have been coming out of the woodwork for a long time now. To put a little bit of this chaos into order, we've created a list of the most successful Battle Royale games on Android in 2019.
See more

it will take a place to the market

Similar to Ride Out Heroes